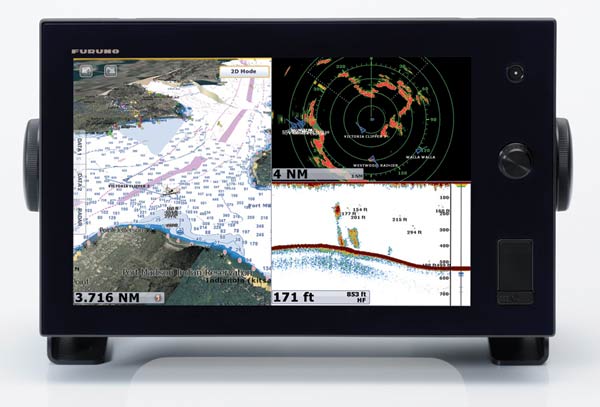 Whether you stay with the same brand or try something different, you’re going to find it’s a whole new ballgame.

If a boater looking to upgrade his helm system were to think back to when he decided to select his brand of electronics, he might find that he never made a decision at all. Instead, that brand may have shown up as a relatively recent installation on a preowned boat he bought. Or it was the latest thing, factory-installed on a brand-new boat he purchased. Or it may have started even before then, with a system his father used, or one belonging to a good, knowledgable friend with whom he grew up.

Like with any product—from soft drinks to cars, laundry detergent to laptops—brand is a factor that is both a help and a hindrance in the battle for market share. The same goes for marine electronics companies: They want to appeal to many new boaters while, at the same time, they don’t want to turn off their existing client base with departures from this-is-how-it’s-always-been stability for whiz-bang flights of fancy.

Keeping current users in the fold with new offerings may be harder than one might think. Product loyalty can be a fickle advantage: Lovey-dovey serial owners quickly become irate customer-service-hotline callers when they discover a change not to their liking—something earth-shattering, like a screen-dimmer knob being moved a quarter of an inch.

Boaters looking to upgrade their electronics have more subtle choices to make today. In reality, the choices were much more defined in the past: System function from brand to brand was vastly different and after you had made your decision, you would then fly the ensign of the company you purchased your unit from, thus indicating What Kind of Boater You Are. And making a change indicated that you were evolving as a boater. Today, those changes from Furuno to Garmin to Raymarine to Simrad are less striking.

Here’s why. Most of us have noticed that consumer electronics have infiltrated every corner of our lives. And plenty of us are interacting with electronic devices far more regularly than ever before, with smartphones leading the charge, and tablet and laptop computers not far behind. The result: We don’t mind using these devices, it seems, so long as the way we use them—the user interface (or UI as it’s called in industry parlance)—works for what we need to do. Marine electronics manufacturers know this. And they each really want you to install their system on your boat.

“If the guy has the stuff on his boat for a period of time, he knows how to use it, and so he thinks it’s easy to use,” says John Scott, executive vice president of product management for Navico, manufacturer of the Simrad, Lowrance, and B&G brands (www.navico.com). “But what we’ve found again and again is the industry’s changed so radically and products have changed so radically over the last five years, the guy who we convinced to move away from another brand to our stuff, once he gets it in, he thinks he’s moved out of the Dark Ages.” In many ways, anything new is going to be better than anything old. The key is not to be blinded by processor speed and developments in screen technology—you have to consider the whole package.

Of course, access to the capabilities of that package is through the UI. “It’s come a long way,” says Bill Platt, an electronics installer and pro angler in Texas who’s partial to Garmin gear. “But a lot of people haven’t really made the adjustment, or are scared to refit their stuff. A lot of people buy these big boats and they don’t know how many more capabilities the new machines have. They just turn them on and leave everything on ‘auto.’ But there’s so much more that these machines can do than people use.” Why? Again, understand the challenge to the electronics companies, and specifically their UI designers—they want the rookie to be happy with the equipment right out of the box, and yet the pro-level user needs access to his settings. Today’s UIs have to work for both parties.

“Our goal is to make things as simple as possible,” says Mark Rivers, senior user interface designer at Raymarine (www.raymarine.com). “But we wouldn’t want to make our more expert users feel that there isn’t room to practice some high-level tweaking, so we put in a very explorable user interface. We have a very solid, consistent set of rules. People can learn the rules and use the product at a level where they feel comfortable, and when they’re ready to explore a little further, when they say ‘I wonder what that does?’ there’s no sudden sort of big step.”

Whether you’ve noticed it or not, many of the features you’re seeing on your marine electronics UI got there because they were proven so successful in other consumer electronics. At the same time, the specific set of conditions at the helm required some concessions.

Take for example, Furuno’s NavNet 3D, which started out as a device with hardware buttons, and the advent of its latest version: TZtouch, a device equipped with a touchscreen that, like an iPad, allows you to manipulate data with more than one fingertip, spreading and pinching your fingers to zoom in and out. “The NavNet 3D UI was revolutionary in principle and allowed customers more control of specific radar and sounder functions with one [button] touch but it tended to overwhelm the occasional user,” says Eric Kunz, senior product manager for Furuno USA (www.furunousa.com). “While many customers appreciated the functionality, we decided to adopt a multi-touch UI with NavNet TZtouch, as well as retain our Roto-Key concept and add a home button.”

The home button is a key aspect of development. Think about it: It’s the only actual button on the front face of an iPhone. “The home screen on an interface like this is a really important place,” Rivers says. “It’s that sort of secure, easy to get back to, I know where I am kind of location.”

The respective manufacturers seem to understand now that, from a hardware standpoint, processing power is key, and slow needs to be a thing of the past. Thankfully, the market for consumer electronics the world over means that faster chips are easier to come by and priced as commodities. This brings to light an important fact: All of the development we’re talking about is basically in the software. This means that features can be changed with downloads and updates. And it’s not just on the latest machines.

“As we go from generation to generation, we’re still doing maintenance releases on older products,” says Adam Kiburz, a product line manager at Garmin (www.garmin.com). “The 4000/5000 has been around a long time, and we’re still doing maintenance releases on supporting features and adding functionality that people want.” Regular updates and maintenance of software is a good thing, so get used to doing it. Besides, much of the functionality that comes from electronics comes from the software already.

“When you buy Navico’s radars and sonars, so much, over 50 percent of that development, is already software,” Scott says. “If you look at the makeup of our R&D, it’s definitely a software company.” Scott went on to point out that thinking about software without hardware is a dying paradigm. Those updates use superior processing to glean more usable information from the data your transducers and antennas are already gathering.

And speaking of data gathering, the electronics manufacturers want to know more about how you use your electronics so they can make their products better. “I routinely take calls from end users and listen to their comments,” Kunz says. “We have also introduced a web forum where customers can comment and ask questions.” In fact, all the manufacturers use more traditional beta testing, staff experiences, and web-based tools to compile product-development ideas for the future. The difference is that now, some of those suggested changes could show up in a software update on your current unit.

And as the manufacturers continue to push the capabilities of their products, and designers make these powerful devices more and more usable, they—and we—need to shake up the way we think about electronics. Not an easy thing for an established brand: “We’re looking for evolution, not revolution, between each generation,” Scott says. “But we always try to tell ourselves that nothing is sacred.”